This was a tough one today. I was told before I left Jerusalem that I would get through no problem on the way to Ramallah, but coming back, there would be a long line at the Ramallah checkpoint to return to Jerusalem. I was on foot as I entered the checkpoint. I went into a building and had to stand in a single file lane that was barred and there was barbed wire above me. Two people can’t walk side by side in these little railed tunnels. It was much like cattle being herded. Then we’d get to the turnstile, but it locked when a certain number of people had passed. When we got through the first turnstile, we still stood in line for awhile. I saw Palestinians around me pulling out these green passport cards. I asked a man if he spoke English and he said yes, so I asked him a million questions and he was more than willing to share. Do you do this every day? No. Maybe once a month. I’m a merchant and I have business that takes me to Jerusalem. My sisters have been granted a week-long pass to enter Jerusalem to buy something and then we will return to Ramallah. 99% of us living in Ramallah cannot get permission to go to Jerusalem. Has it been this way all of your life? Yes. Except it was a little easier around 1987-88. Now, it’s really difficult. I’m never allowed to drive my car there and it would only take 10 minutes. Instead, I have to go through this, then take a bus. How is that any good for me? Where are you from? America. Welcome. (EVERYONE says that. They LOVE Americans, they do not like our government.) I didn’t take any pictures because I was stunned upon entering that railed single line…I couldn’t believe it and I just thought of all of us who know freedom (of thought, of religion, of movement) and I was seriously struck numb at this process. I think he could see on my face, my disbelief and quiet outrage. And that’s why he was willing to explain it all to me. If you walk through these checkpoints, you really can ‘feel’ a second-class level of being human that Palestinians feel every day of their lives. At the Qalandia Wall, there is a lot of graffiti expressing the injustice. And there’s a BANKSY (!) 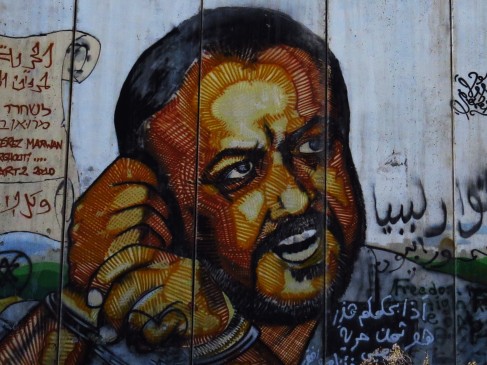 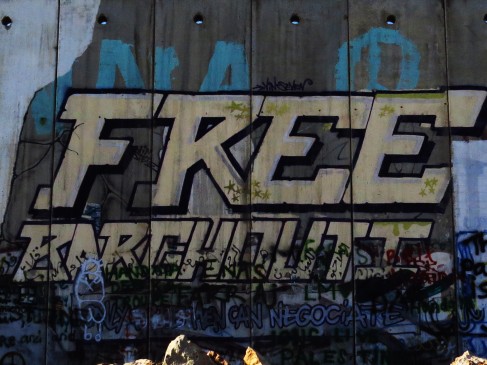 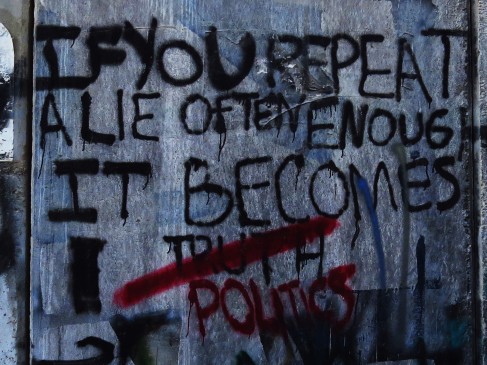 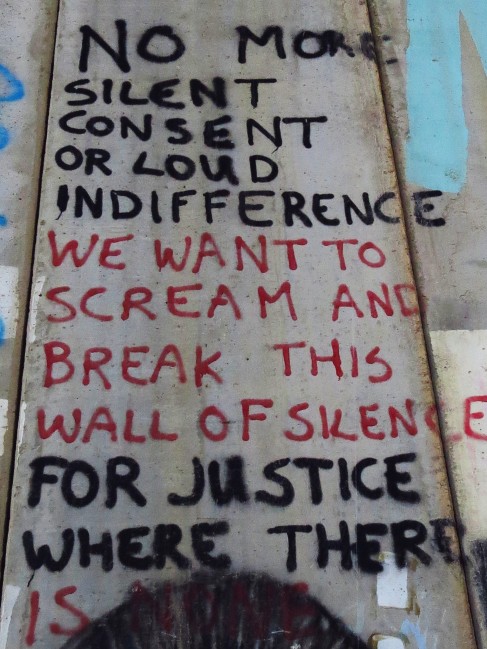 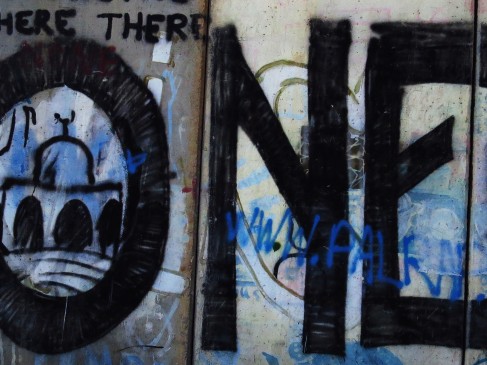 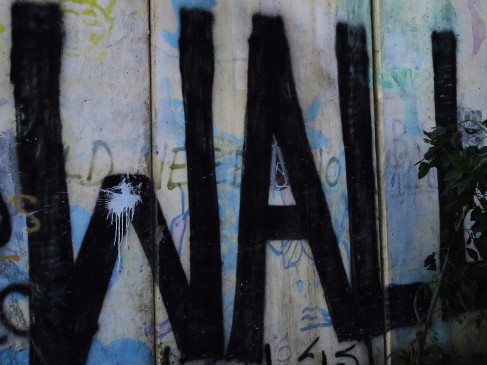 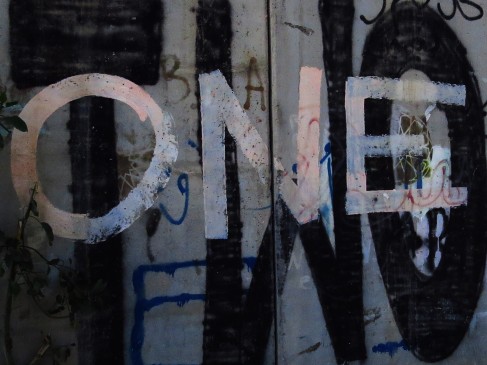 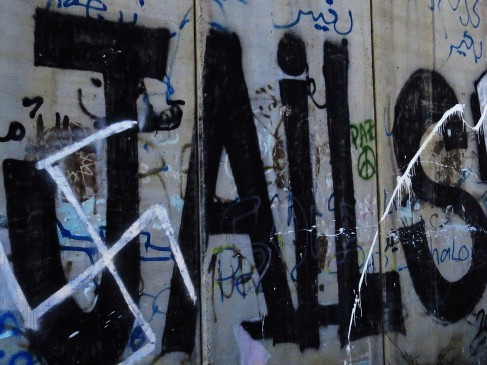 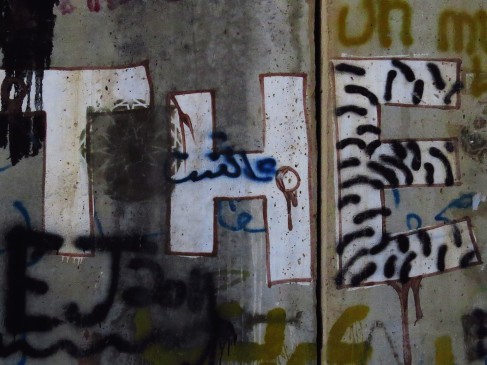 BANKSY’S GIRL FLOATING WITH BALLOONS OVER THE WALL: 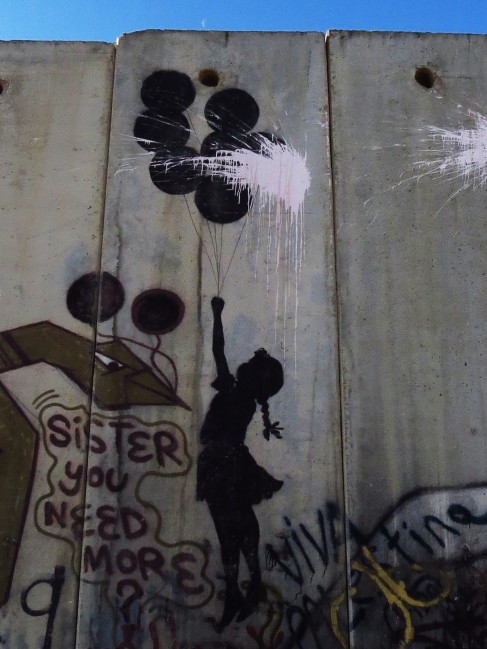 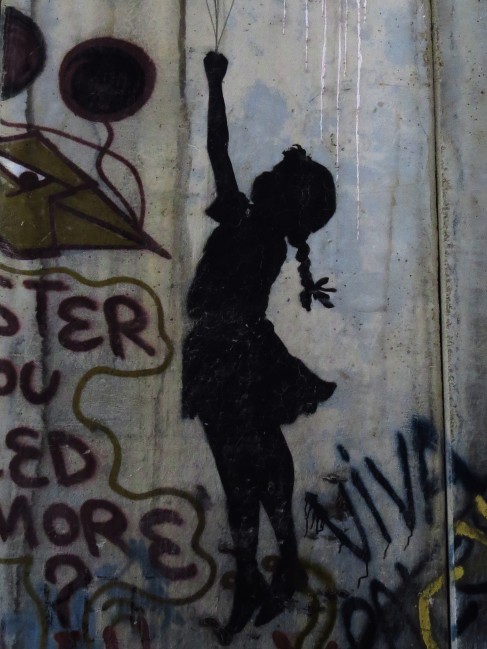 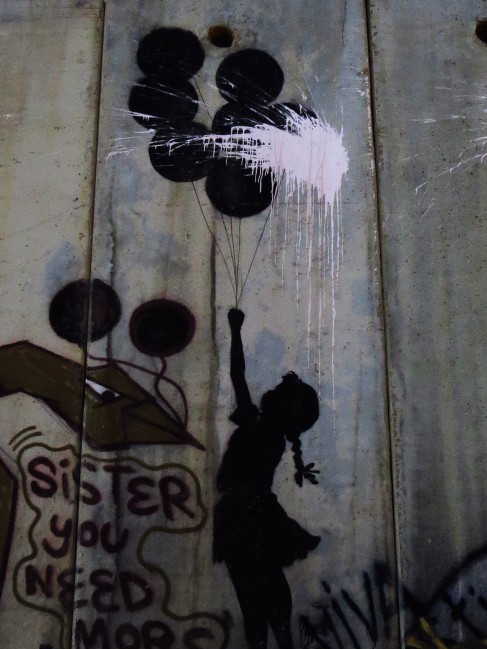 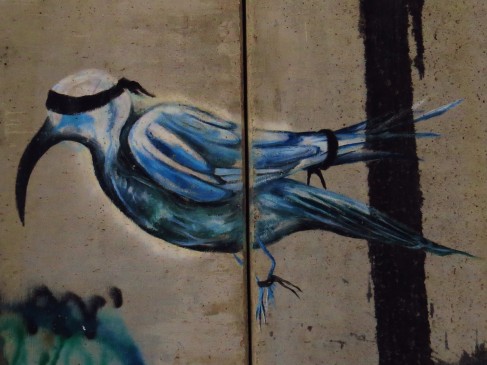 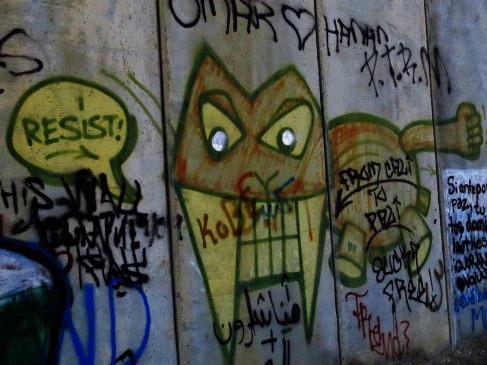 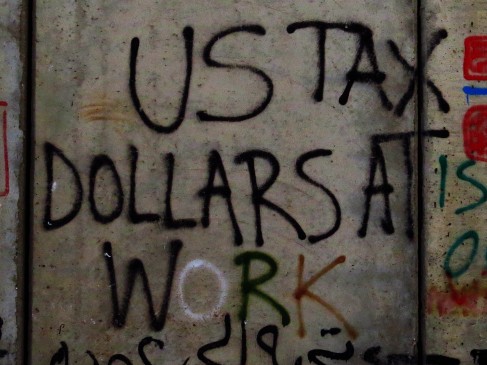 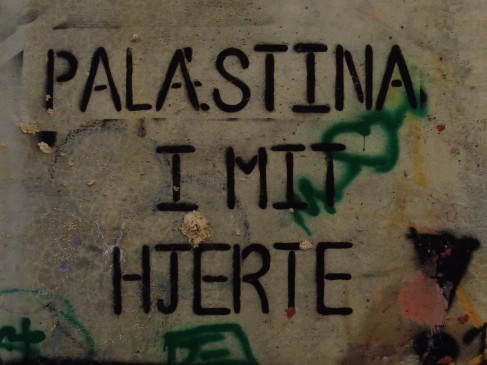 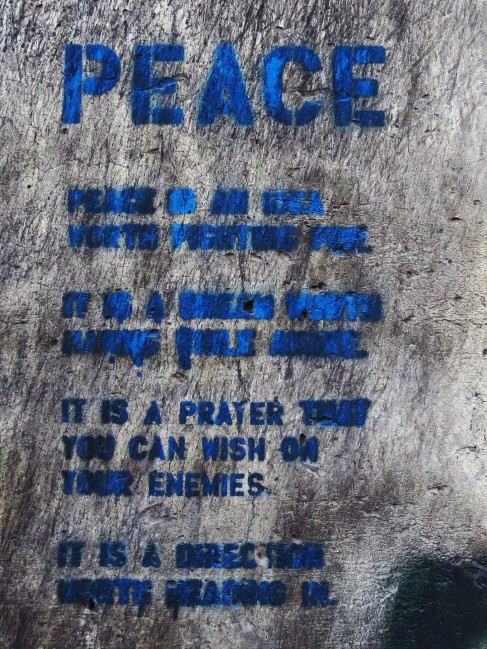 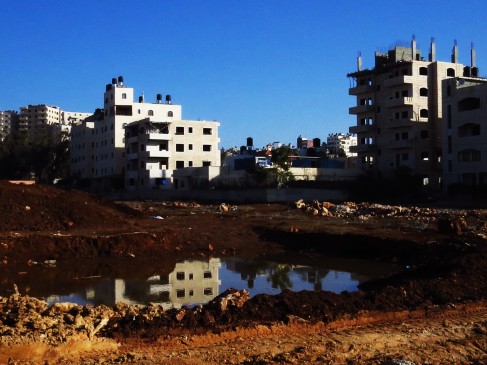 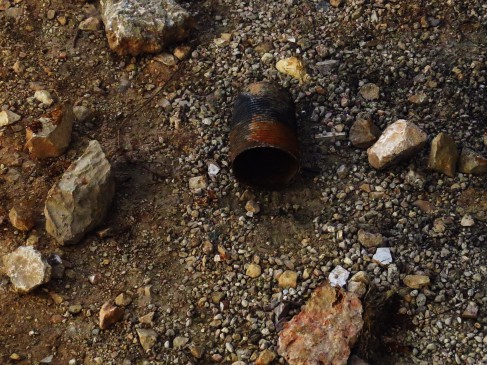 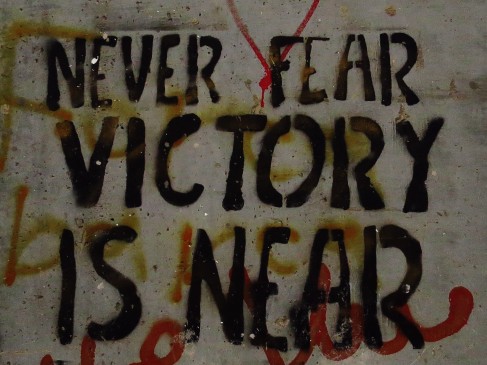