The Soul of Poland is indestructible (Dusza Polski jest niezniszczalna.) 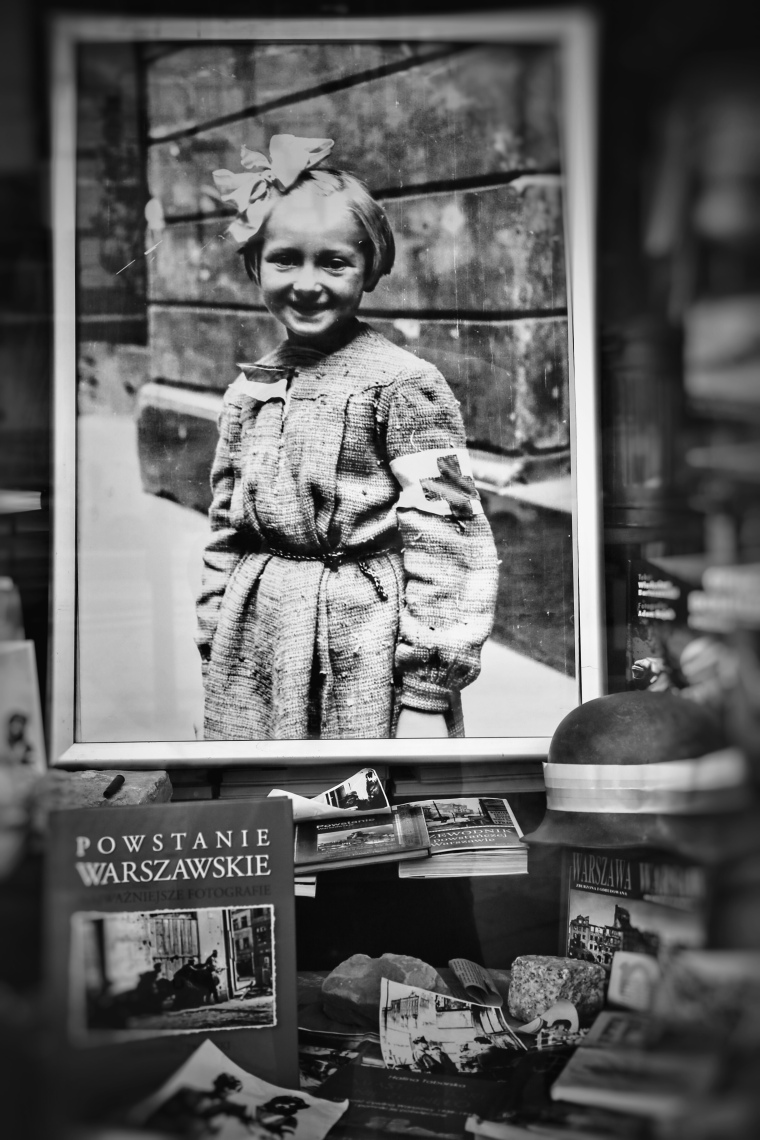 A display in a bookshop window. 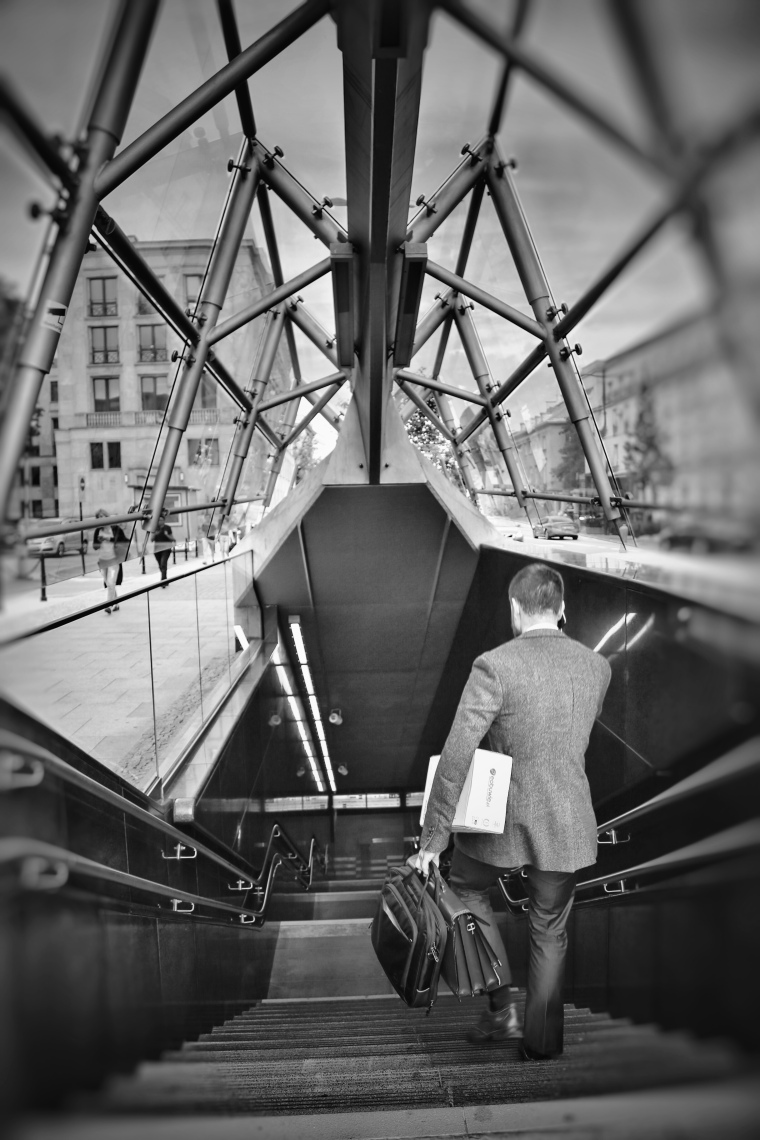 A man descends into the underground Metro after work. 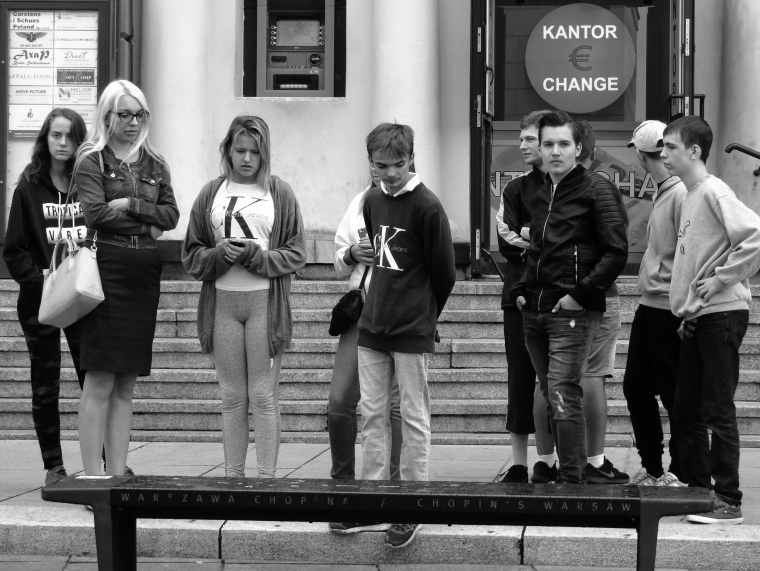 A group stops by one of the dozen or so benches in the city that play Chopin music 🎵 🎼 for passersby. 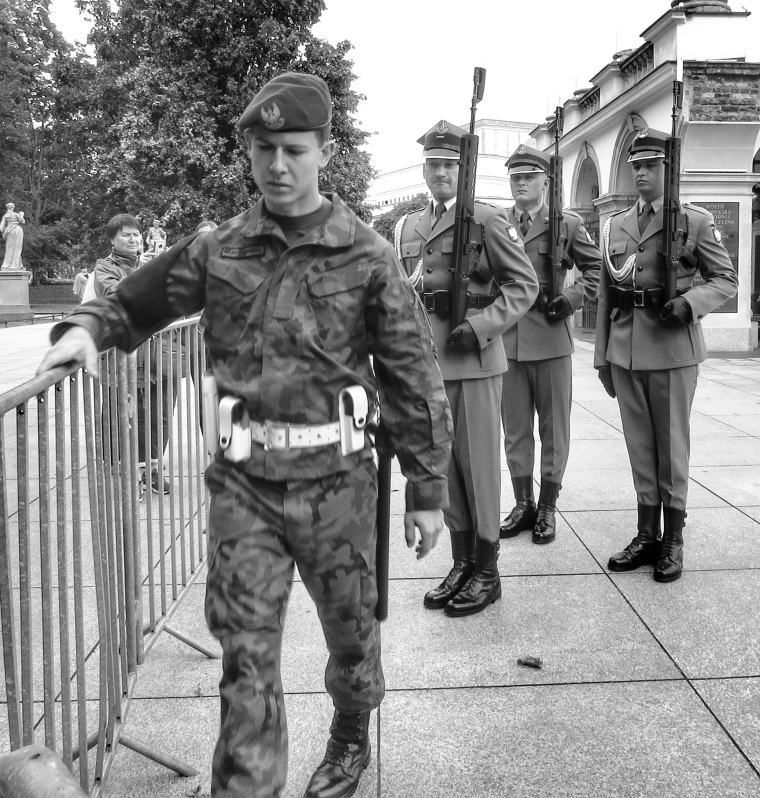 Mały Powstaniec (the “Little Insurrectionist”) is a statue in commemoration of the child soldiers who fought and died during the Warsaw Uprising of 1944. It is located on Podwale Street, next to the ramparts of Warsaw’s Old Town. The statue is of a young boy wearing a helmet too large for his head and holding a submachine gun. It is reputed to be of a fighter who went by the pseudonym of “Antek”, and was killed on 8 August 1944 at the age of 13. The helmet and submachine gun are stylized after German equipment, which was captured during the uprising and used by the resistance fighters against the occupying forces. (Wiki) 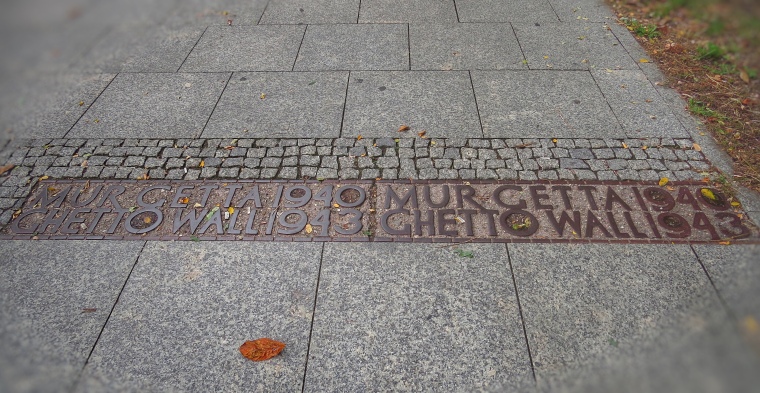 The Warsaw Ghetto was the largest of all the Jewish ghettos in German-occupied Europe during World War II. 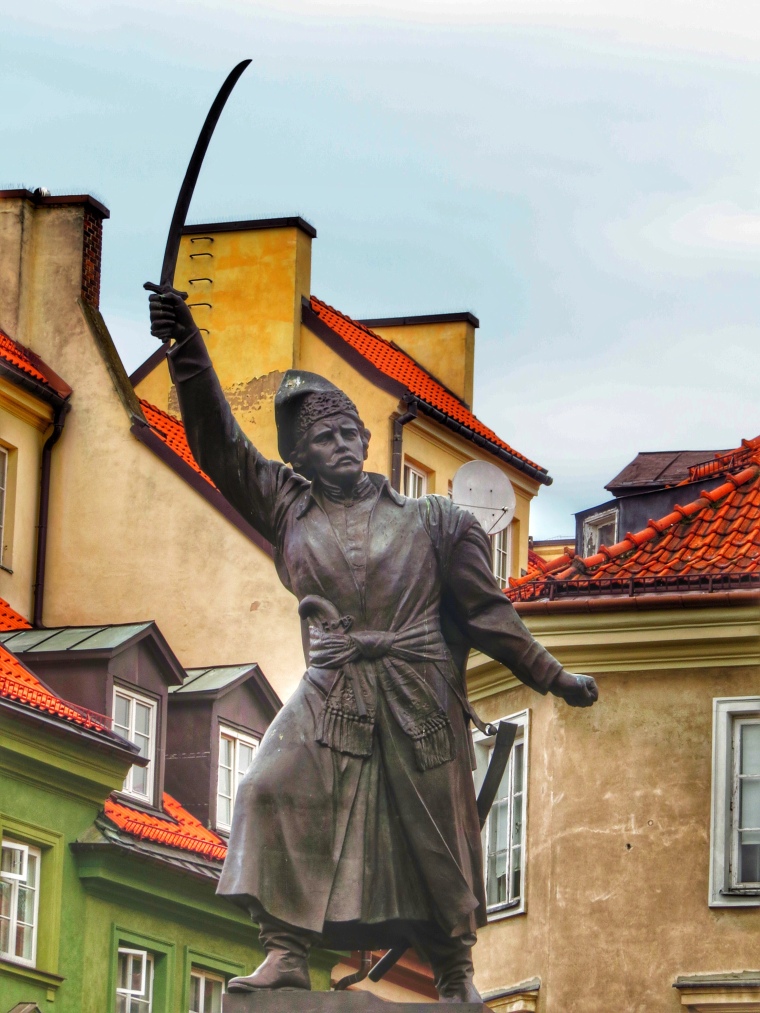 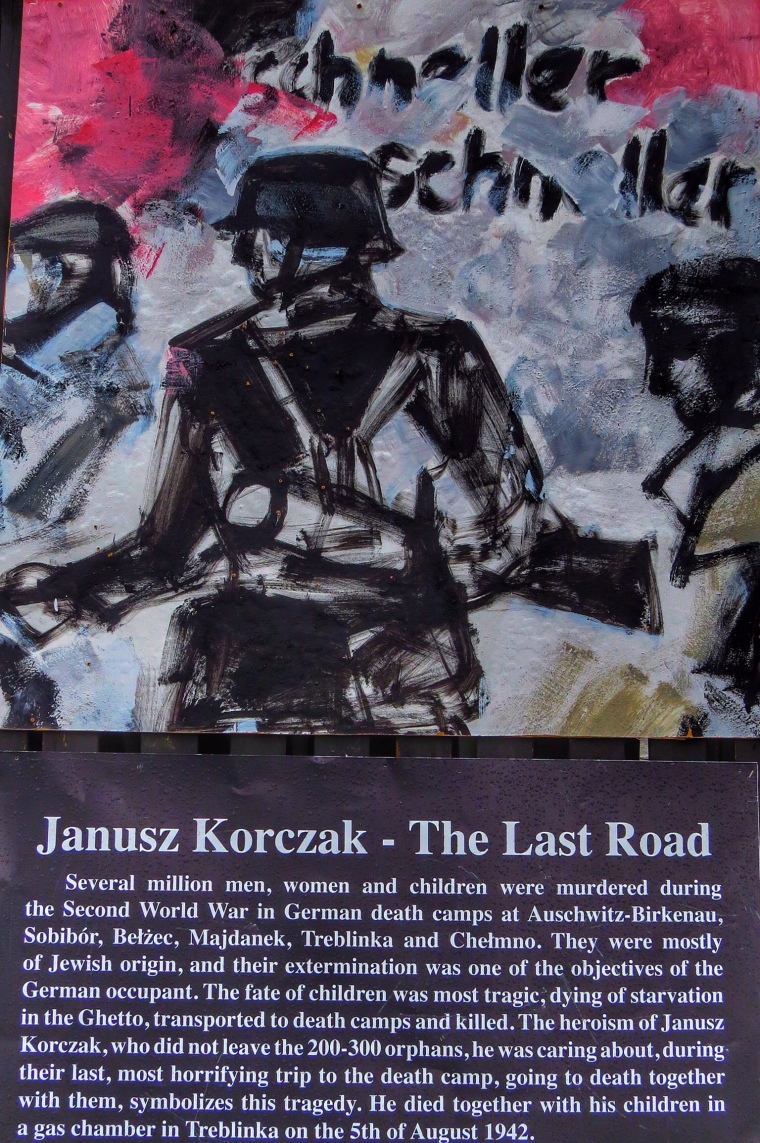